Your Favorite Code Editors and a New Poll

So it turns out you guys really like Notepad++. It was the clear leader of our last poll, with over 31% of the total votes. What surprised me, however, was that Dreamweaver was second in popularity, followed by Eclipse. 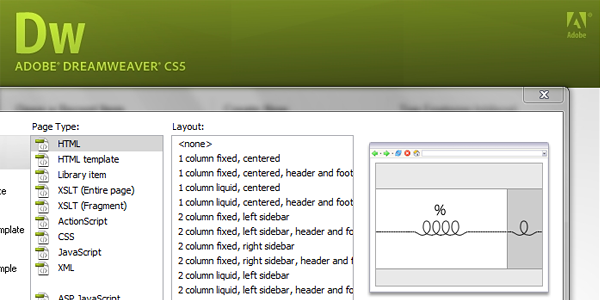 I can understand the love for Notepad++, I use it daily as my preferred coding editor, but are that many people still using Dreamweaver? I remember using Dreamweaver in my earlier days of web development but quickly outgrew it as I moved on to what I thought was better software. I decided to take a look at Dreamweaver again and was surprised to find that it’s come a long way since the Dreamweaver MX days - it has been updated to include a lot of modern and useful features, like:

Seeing the promotional videos on the Dreamweaver site almost makes me want to download the trial version and give it a shot. So I have a question for you readers who actually use Dreamweaver on a day-to-day basis - do you really like it? Have you tried other IDEs like Eclipse and if so, why do you prefer Dreamweaver over them?

This month, I wanted to use the poll to actually help me out a bit in terms of determining what kind of content you guys prefer from DevGrow. I want to make this site as useful as possible for the maximum number of people and I think it will help to see where the most demand is in terms of content topics. If you have more suggestions for what you want to see, feel free to leave them in the comments!

As you’ve probably noticed, I’ve only been updating the site once every other week or so recently, as I’ve been extremely busy with client work. It may be like that for another month or two before I can ramp up the pace. If you’re interested in contributing to DevGrow with an article or two, get in touch with me and we’ll set it up.

Monji is a product designer and front-end developer. In his free time, he likes to play guitar, climb tall mountains and go surfing. You can find his portfolio at mdolon.com.